Portfolio > In Time of Silver Rain 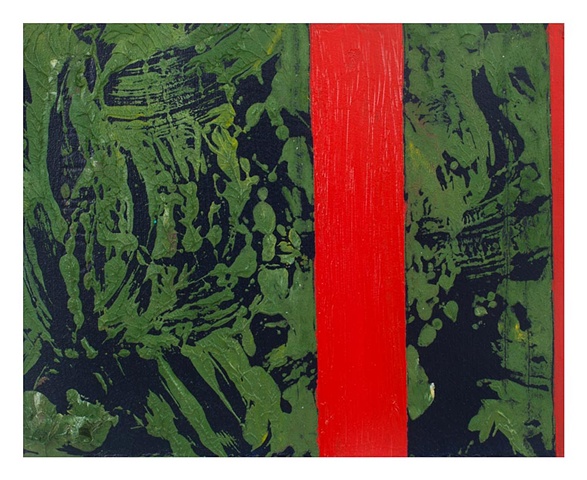 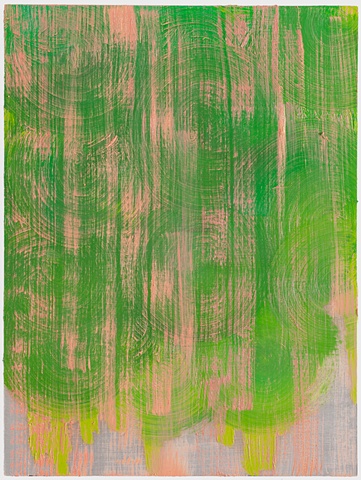 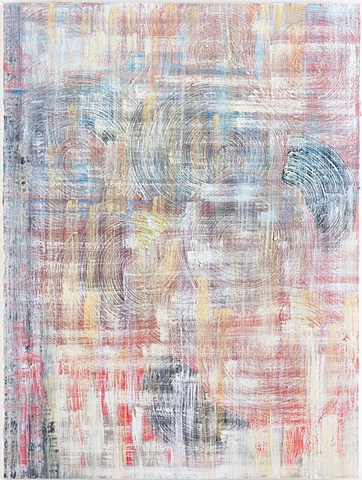 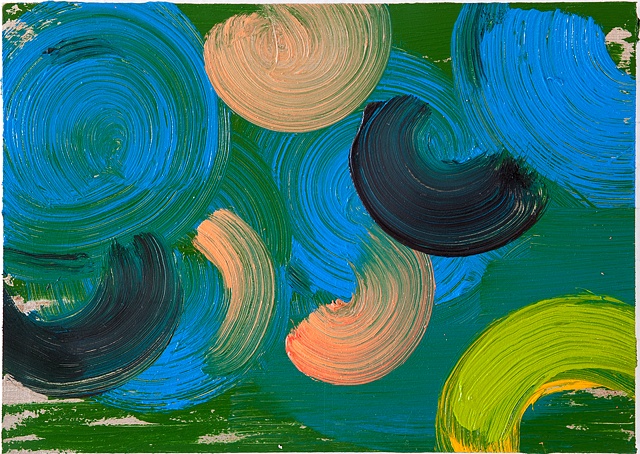 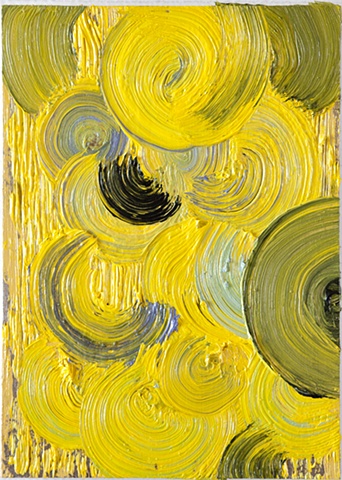 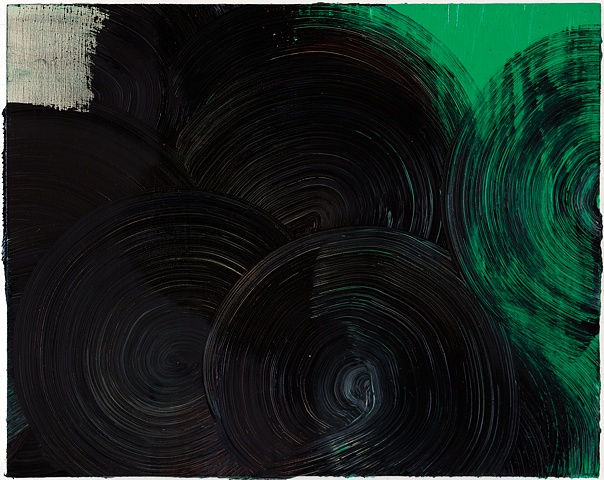 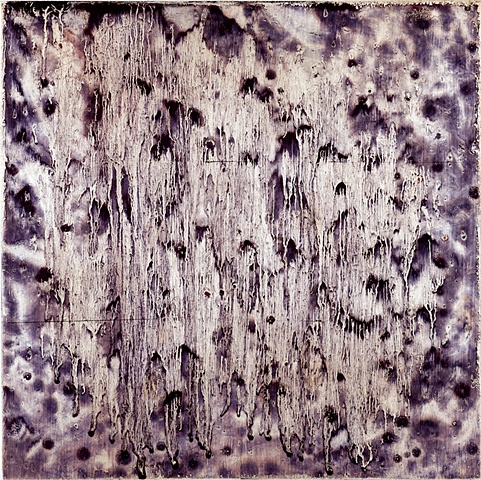 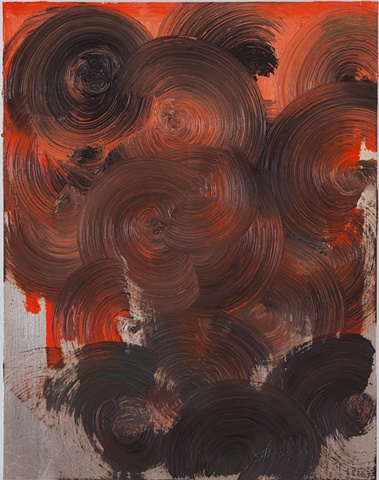 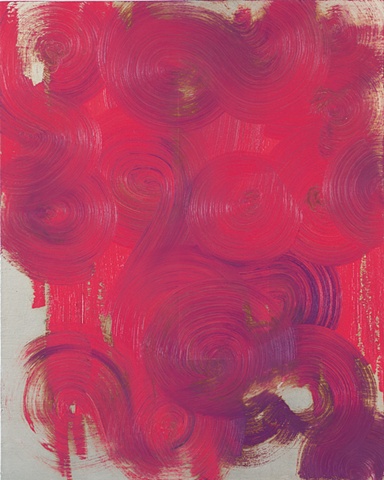 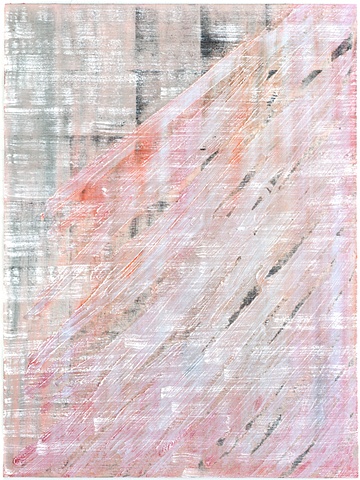 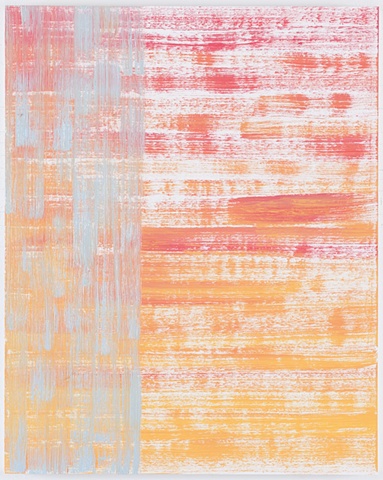 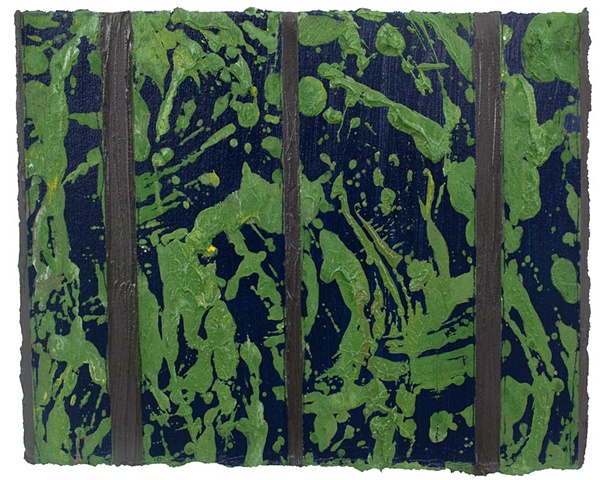 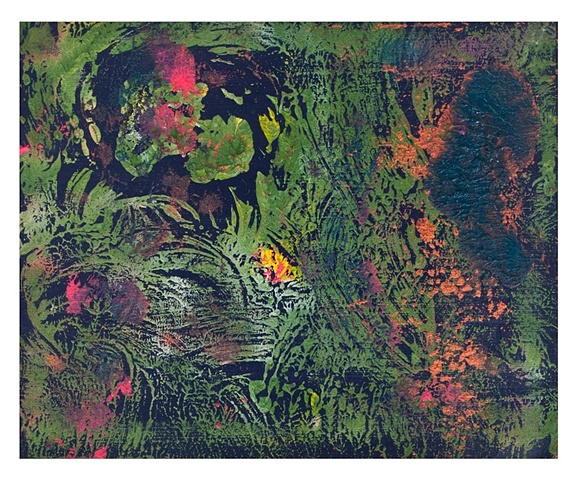 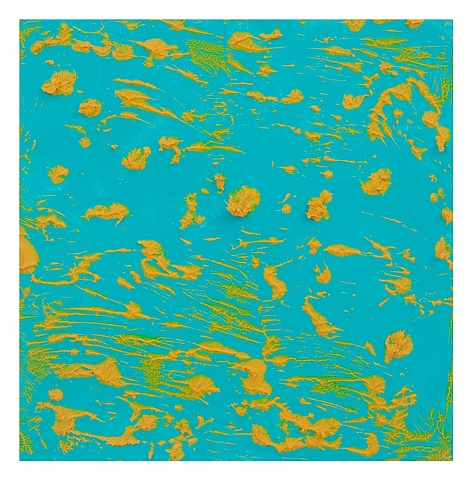 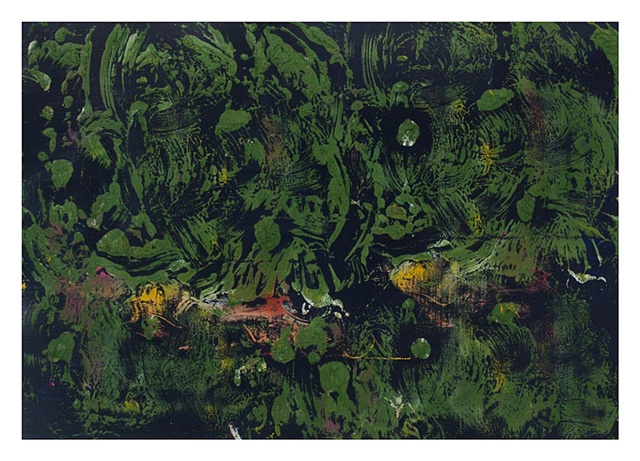 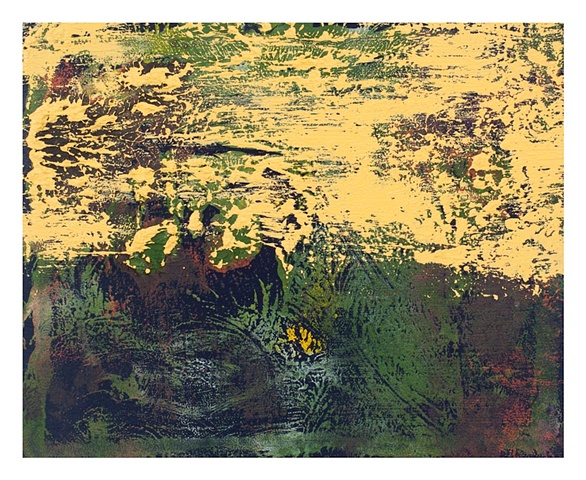 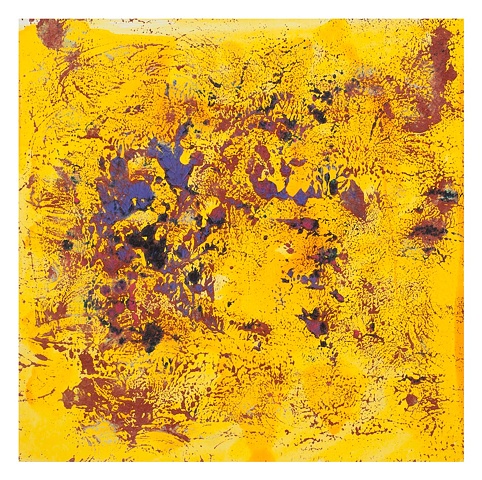 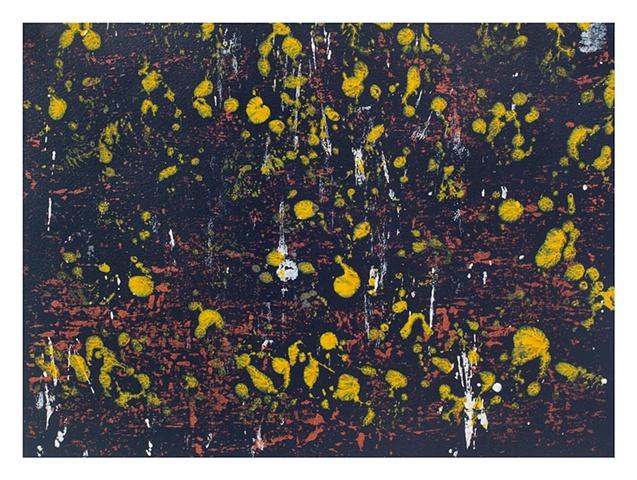 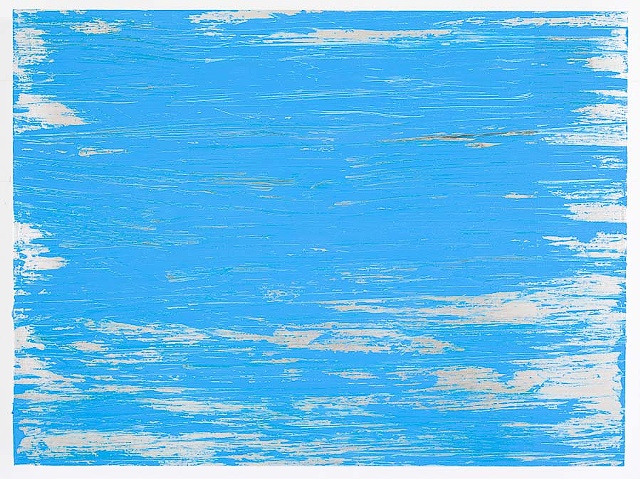 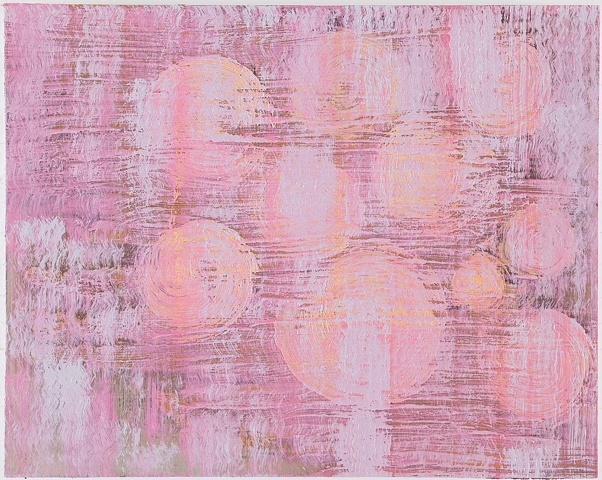 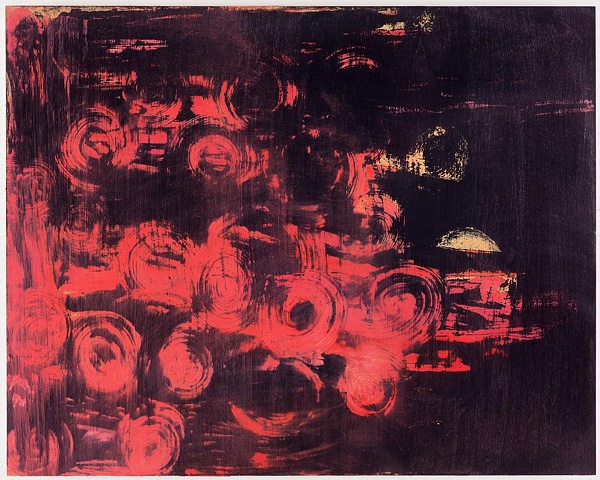 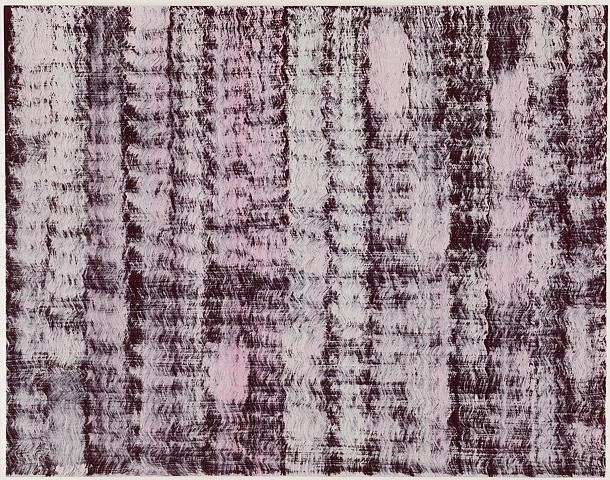 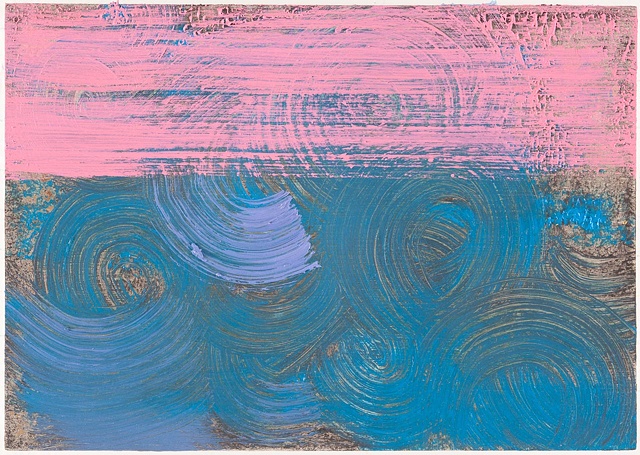 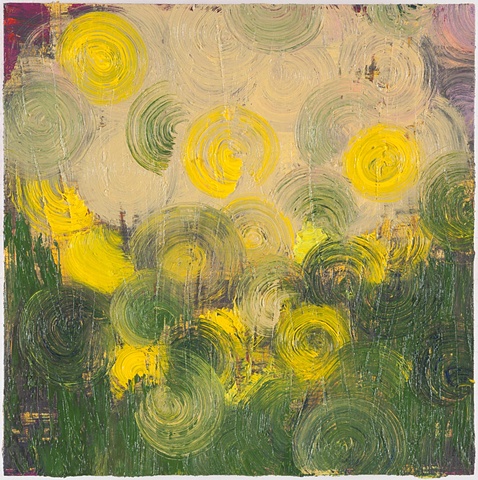 The works comprising In Time of Silver Rain, are created under a set of rules and parameters, relying on the opposites provided by chance and systems: Chance within a system and systems that rely on chance.

In the works on panel, three rules were observed: 1. Three brushes.

The palette was allowed to be intuitive. The composition was allowed to be intuitive. The paintings were treated as physical objects existing in space, being built up using the three rules, but allowing for an exploration of the potentially infinite possibilities within this structure/system. During the process, trends emerged and editing occurred only once a substantial body of over forty works was completed--though additional trends continue to be explored as branches of the project. Many of the completed works continue to rely on chance as the unsealed silver reacts to the pigments in the works causing chemical reactions that affect the tarnishing of the silver. In a sense, the works may never be complete, but will constantly rely on their environment to evolve/grow. As such, they are not static images, but objects existing in time, being affected by space over their lifetime.

In the works on paper, the exploration of the mark is paramount. Initially, direct and indirect marks rely on a combination of chance as they are placed on a ground and then imprinted onto a sheet of paper, much like a monotype. As the pieces are made, a vocabulary of marks emerges. Nuances in pressure, stroke, direction, placement, "ghost" imprints, and additional direct marks are carefully studied for their effect. Attempts at duplicating and exploiting these nuances to create additional works are undertaken. Slowly, a language of mark-making evolves. Because of the process, though, this language is not static, but loosely harnessed, at best, to create an ongoing project. Unlike Latin, it is not finite and dead, but alive, flourishing, thriving, and ever-changing.